Reflections from The Border: Refugee Crisis in Tijuana 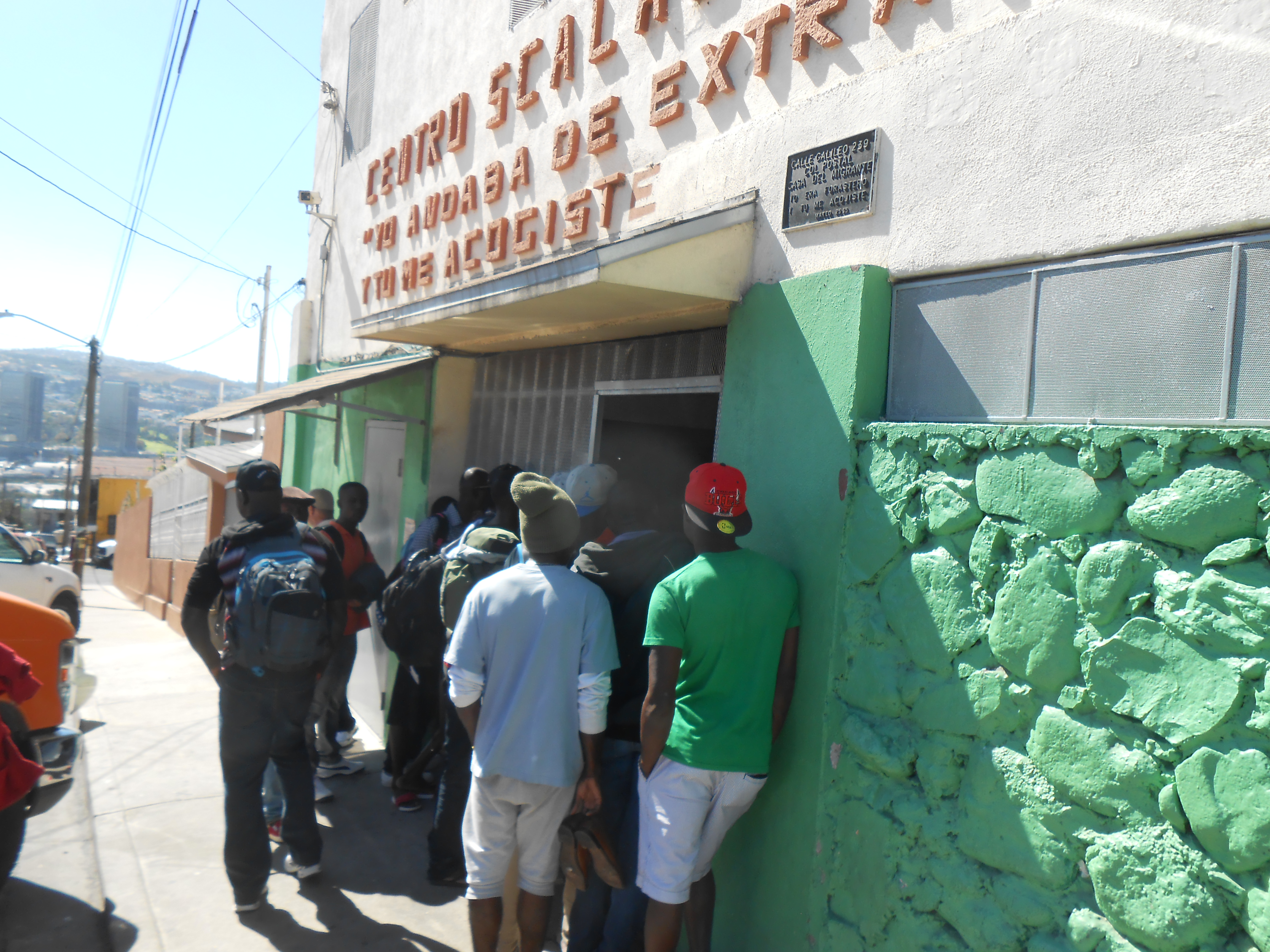 In a sense life at the Casa was very sad for the last ten years and I liked to think that things could not get any worse for families in Tijuana but then something happened on May 26, 2016. It was 12 noon when we got the call from the office of the Regional Delegate of Mexican Immigration for an emergency meeting at 2:00pm. At this meeting, he told us that refugees from around the world had begun to arrive in Tijuana with the hope of petitioning for political asylum and he needed our help to offer a humanitarian response. We would later find out that by the time of the meeting regarding the refugee crisis there was already a waiting line of over 400 people in the US facilities and they were not letting anyone else into the building. The result was that a line of about 100 men, women and children had formed along the border crossing waiting to ask for asylum. Consequently, we were asked to give hospitality to those waiting in line. On May 26th, the mission of the Casa del Migrante went from serving immigrants and deportees to also include refugee families being uprooted from their normal lives in their countries of origin in search of a new life in the USA.

Once again, we were witnessed a new phase of disintegration of families but this time it was from all over the world
We foolishly thought this was a unique phenomenon that might last a couple of days but now we have come to realize our mission has just begun as a humanitarian response to the refugee families of the world.
At first our response was a bit chaotic as people began to arrive at our house and at first they thought we were taking them to a detention center. However, with the tender loving Scalabrinian care of our staff and volunteers we quickly won over the hearts of our new guests. The first evening was also a busy night for deportations so at the end of the night we had over 155 guests at the house and 15 had to sleep with a mattress on the floor.

At the end of the first night as we began to review the registrations of our new guests we had some startlingly revelations:
• Our first group of 25 refugee guests came from Haiti, Ethiopia, Eritrea, Ghana, Mexico and Honduras.
• The biggest number was Haitians and many spoke quite a bit of Portuguese because they had lived 4-5 years in Brazil.
• Those from Mexico were from Michoacán and Guerrero and were fleeing for their lives due to the increasing violence.
• The majority had crossed between 10 and 13 countries to get to Tijuana and several said Nicaragua was the most treacherous and in fact many died along the journey
• When asked about their mode of transportation many said: walking, bus, boat, car
• When we asked if there were more people coming the most frequent response was “yes thousands”.
• By December 15 we have received about 2000 people from 32 different countries
At this point in our journey I do not feel it is an exaggeration to say we have a legitimate refugee crisis at the border but the saddest thing of all is that no one seems to be taking seriously the refuges crisis of families at the border. The major disappointment in all this has been the lack of a consistent plan by the US authorities. I would have thought that after 7 months of experience they would have developed a plan of action that addresses this acute hemorrhaging of refugees at the border. On the other side the Mexican government needs to offer a better response. I do not see a concrete collaborative effort that benefits the people. It is not enough to wish this problem away I believe you must give a specific response to address all aspects of this challenge of all these families showing up at the border.

It is now almost 7 months since the refugee crisis officially began and I do not see it disappearing any time soon. We continue to offer hospitality daily to about 60 deportees and 90 refugees of which 90% are Haitian men coming from Brazil. Meanwhile, the Scalabrini sisters in la Casa madre Assunta care for the women and children and their house is absolutely packed. A house built for 40 people now offers care for 140 women and children. In addition to this about 20 Christian Churches have opened their doors to care for a couple of thousand people. We are all doing our best but the situation is beginning to overwhelm some of the pastoral workers at the border.

The good news has been the generous response of so many people opening their doors of their hearts to the refugee families here in Tijuana. The generosity of people has given us proof that miracle of the loaves and fishes still happening daily.

In the meantime, we continue to be inspired by Pope Francis as he said during the Jubilee year of mercy and so we are all being called to be islands of mercy in the sea of indifference. It seems clear to me that we are being offered an opportunity to extend Gods mercy to our refugee brothers and sisters in their time of greatest need. Consequently, here at the Casa we have chosen to build bridges that include families rather than walls that tend to keep families apart.
* nota sull'autore
c.s. Director – Casa del Migrante
Invia un commento alla redazione